These photos capture the 1999 October 2 dusk launch of an MSLS (Multi-Service Launch System) missile from Vandenberg AFB. The modified Minuteman II sent an unarmed reentry vehicle (warhead) and balloon decoy to the central Pacific as part of the Integrated Flight Test 3 (IFT-3) missile defense test. An anti-missile interceptor vehicle later successfully intercepted the warhead. All images were taken by Brian Webb from Vandenberg AFB while covering the test for a news organization. 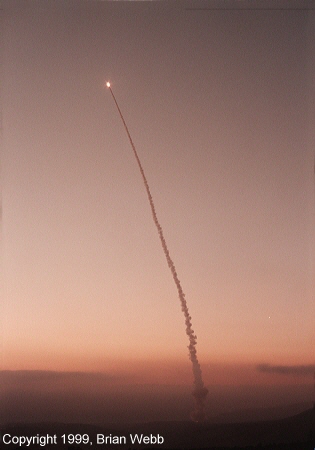 This frame was probably taken during the MSLS second stage burn and shows the early stage of the expansion of exhaust plume. 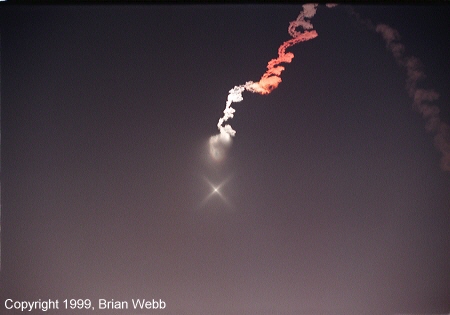 This frame was taken during the MSLS third stage burn and shows the maximum development of the exhaust plume and X-shaped pattern. The X-pattern was a real feature and had been seen on earlier MSLS launches.